December 2021 from small to great

A double live Hauskonzert on December 11th with works for piano, prepared piano, voice and keyboard cover (and also many postcards, as you can see) by some exponents of the Fluxus movement: Mieko Shiomi, Philip Corner and La Monte Young. Always an emotion to share music in intimacy at the Salotto Musicale Fvg, but this time more than ever, after so many differently articulated months.
Great change of scenario on the 23rd: performance with Piano Twelve, ensemble made by twelve pianists, at the Teatro Nuovo in Udine. A light program to wish you a (hopefully) light Christmas.
(Below, our first performance back in 2011, in Udine, Loggia del Lionello) 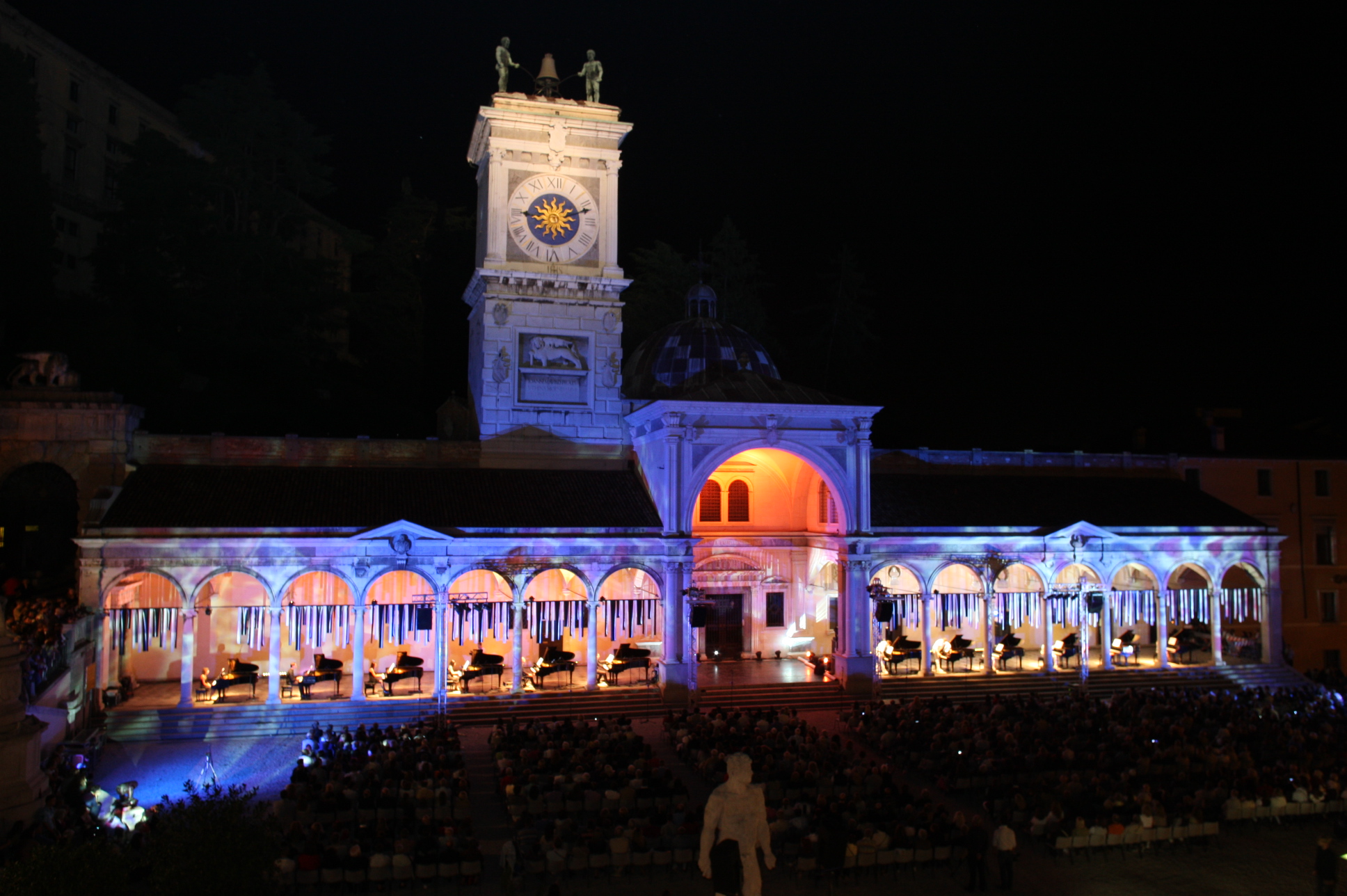