Agnese Toniutti, pianist specialized in contemporary and 20th Century music, graduated with full marks from the Conservatory of Venice, where she studied with Giorgio Lovato and discussed a thesis on Giacinto Scelsi. She also specialized in piano and chamber music and attended masterclasses with François-Joel Thiollier, Massimiliano Damerini, Lya De Barberiis and Pamela Mia Paul.

Her work often revolves around the role of sound in musical composition, and investigates the complementarity of composition and improvisation in musical creativity, both in the author and the interpreter’s case.
Her solo recitals are often thematic or monographic, carefully interweaving live performance with extracts from writings and audio documents selected after musical, bibliographical and archival study. Among them, the monographical “portrays” of Giacinto Scelsi, John Cage, Giancarlo Cardini, and the recitals dedicated to Fluxus movement (featuring premieres by Philip Corner e Dick Higgins) and to women’s creativity from the 50ies to nowadays (including Lucia Dlugoszewski’s “timbre” piano research project).

Recent research contributions: November 2021 – publication of two articles for the book “Looking within – The Music of John Palmer”, Vision Edition 2021, entitled “John Palmer: composer, improviser, performer,” and “John Palmer’s to the night (1) and to the night (2): from the piano to the score and back”.
October 2021 – speaker at “Dialogues: Analysis and Performance,” a musicology and performance conference organized by the University of Toronto. Talk in collaboration with Kate Doyle, PhD (Rutgers University-Newark), October 8th, 2021. Title: Problem as Possibility: Experimental Notation as Nexus of Concept and Praxis, Theorist and Performer.
November 2020: participation in the American Musicological Society Annual Conference – panel “At the Borders of Notation,” through a talk-interview in the intervention of Kate Doyle, PhD titled The Suchness of Sound: Lucia Dlugoszewski’s Revolutions of Musical Form and Instrumentation.

Her interest in Giacinto Scelsi’s music is expressed through both performance and research, during piano recitals and seminars dedicated to the composer. On 8th January 2019 – Scelsi’s date of birth – she performed a recital at Isabella Scelsi Foundation in Rome. A tour in the USA, including lectures and performances on Scelsi’s music, took place in February 2019. From 2015 to the present, she has been delivering seminars and lecture-recitals in Conservatories of music and at Universities in Italy and Germany while regularly performing Scelsi’s music. In 2019, at “Le voci dell’inchiesta Documentary Film Festival”, she introduced at the piano The first motion of the immovable, documentary film dedicated to Scelsi and directed by Sebastiano D’Ayala Valva, winner at Amsterdam International Documentary Film Festival and Torino Film Festival.
She collaborates with the Isabella Scelsi Foundation Journal “… i suoni, le onde” in Rome.
In 2010 she performed Around Scelsi, a concert-research on Scelsi and his musical environment (program edited by Luciano Martinis, vicepresident of the Scelsi Foundation in Rome). In 2013 she lectured and performed at the “Seminario Popolare sul Pensiero dell’Estremo Oriente” on the subject On the border between East and West: Giacinto Scelsi and the Sound. In 2014 she was the music director of “Scelsiana 2014”, an international festival and masterclass for wind instruments dedicated to the music of Giacinto Scelsi which involved performers and teachers who worked closely with the composer.

In 2016 she premiered Giancarlo Cardini’s Tre momenti di sessualità infantile, starting a close collaboration with the composer himself, who wrote and dedicated to her a new piece, Terza Fantasia, ad Agnese Toniutti (2018). Two monographic recitals and a new released disc – Lento trascolorare – piano music, Da Vinci Classics 2020, warmly welcomed by critics, are the outcome of this collaboration.

Her repertoire includes several piano solo, prepared piano and chamber music pieces by John Cage, together with performance pieces as Water Walk and Sounds of Venice, performed in Venice in 2018 for the European project “Ecouter le monde”, in collaboration with Radio France (here is the video documentation).

Other research and performance projects include the one dedicated to the international artistic movement Fluxus, with the 2018 premiere of the graphic score by Dick Higgins Emmet Williams’s ear, at the fabulous Egidio Marzona’s land art collection “Art Park Verzegnis”, and the collaboration with composer Philip Corner (here a premiere of two of his pieces). Some of this repertoire has already been released (Neuma Records, 2021) and some is forthcoming in 2022.
Also to mention Only 76 (Women composers), a work-in-progress project focussed on women composers’ repertoire for piano solo from 1950 to the present, especially considering artists who had a professional collaboration with the authors she mostly dedicated to (including Lucia Dlugoszewski’s “timbre” piano research project).

IIn her collaborations as artistic director she creates unusual situations in selected unconventional places, to offer listeners new experiences of musical fruition.
She has worked on projects of music dissemination, particularly related to contemporary and 20th century music, in public schools and with adults.
She has also been involved in music education, teaching to children, young people and adults, training future teachers and conducting youth choral and instrumental ensembles. 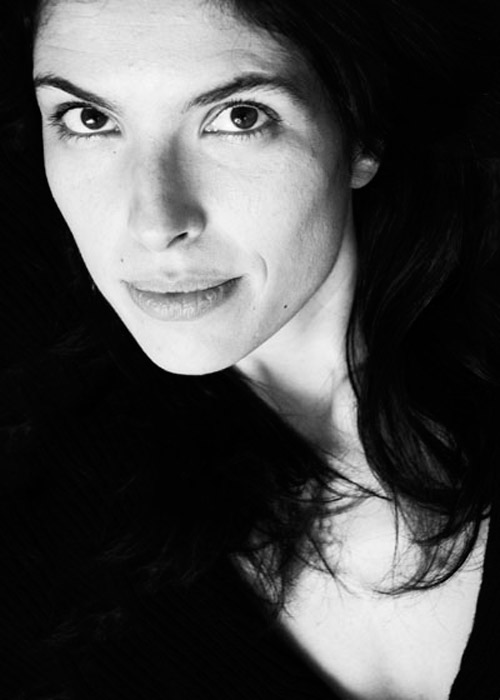